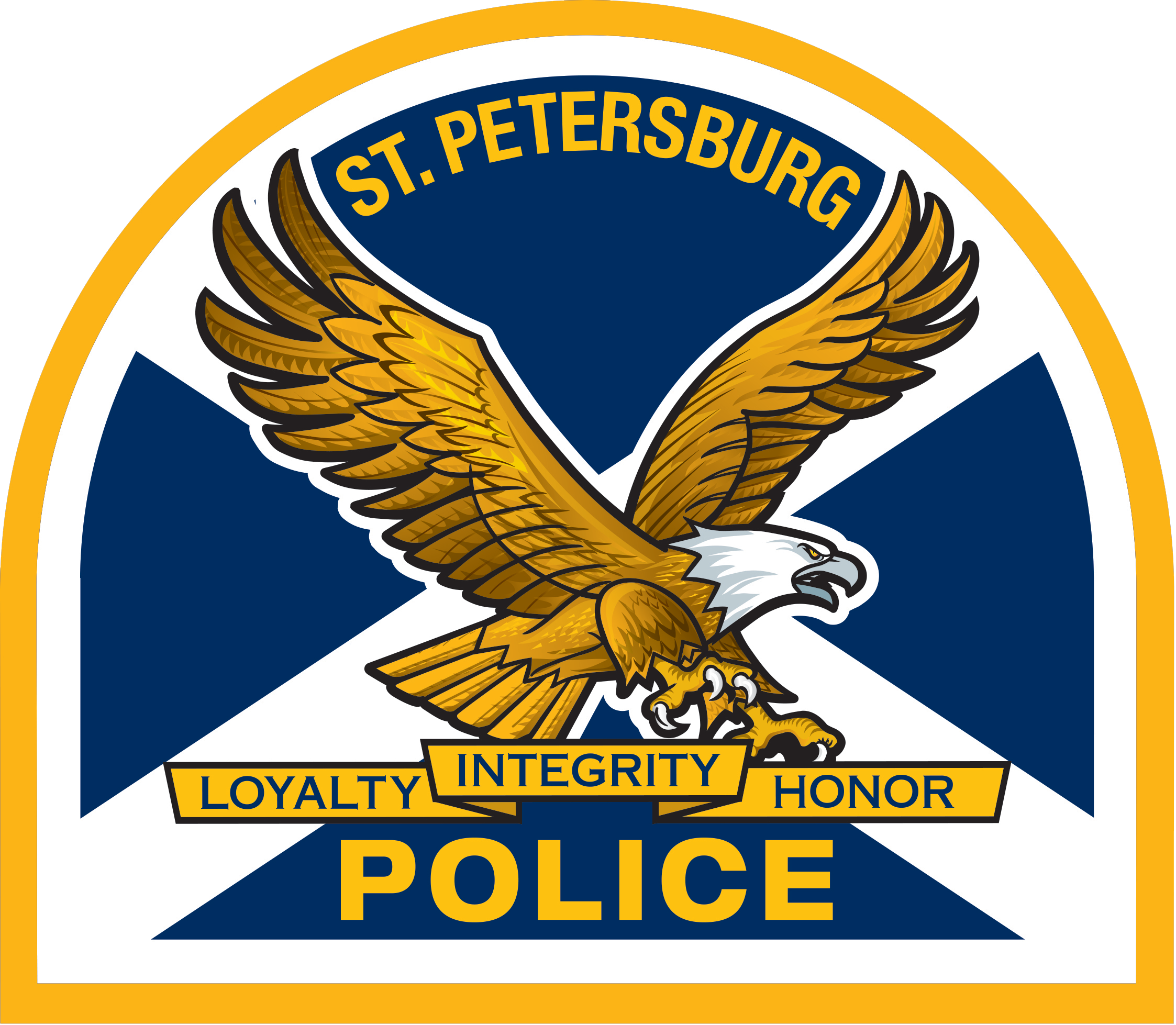 This is the official St. Petersburg Police shoulder patch which is proudly worn by uniformed officers while patrolling the streets of our City.

The patch features an American eagle which represents the courage of our police officers who serve the citizens of St. Petersburg. The white stripes symbolize spotlights which remind the officers that they are constantly in the public’s eye. “Loyalty, Integrity and Honor” are the motivating ideals of the St. Petersburg Police Department.

The present design was adopted in 1959.